For a technical datasheet on the plant – please click here: Maize Hippo Super 1.5TPH for yields and space requirements etc

For information on the specifications of maize meal, and the options for milling it – see here: Milling Maize Options

The plant designed to be able to be installed in most warehouse and factory buildings, without special adjustments necessary to the floors or roof structures – to reduce the entry cost of owning a highly efficient maize milling plant.

After conditioning, the maize is conveyed from the conditioning bin to the Degerminator ( Degerminator | ABC Hansen Africa) which removes the bran and the germ meal from the maize kernel (hominy chop), discharging the hominy chop from the degerminator, and collected by an air transport system – at a single discharge point for all the chop, while the samp and chips (degerminated maize) are discharge through two aspiration channels (Aspiration Channels | ABC Hansen Africa) to remove the remaining bran and germ meal by air, and are then collected and conveyed to the hammer mill.

The meal is then bagged off from the bagging outlets on the rotary sifter (outlet 1 and 3 are mixed for special, and outlet 2 is for super) and are then weighed on a platform scale (Scale Platform | ABC Hansen Africa) and the bags are then stitched closed with a hand held bag stitcher (Collins Bag stitcher – handheld | ABC Hansen Africa). 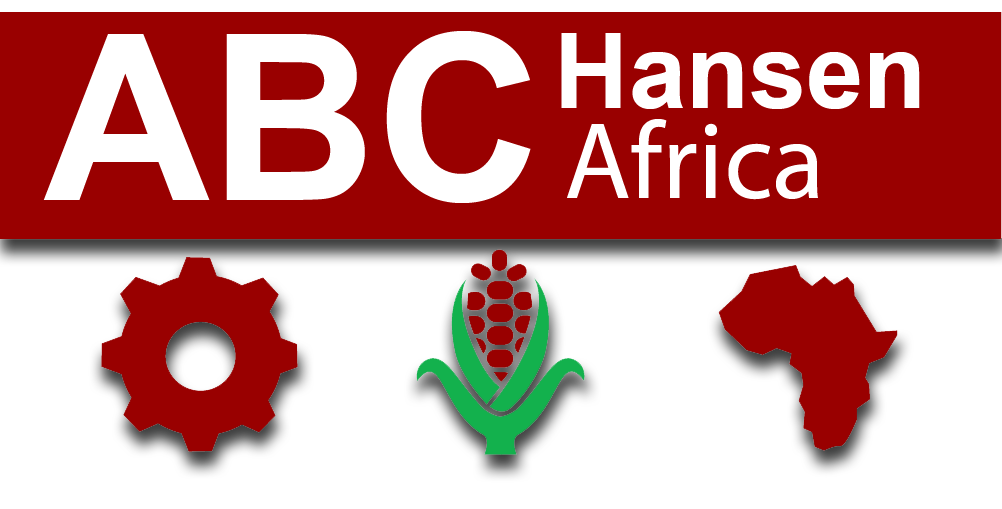